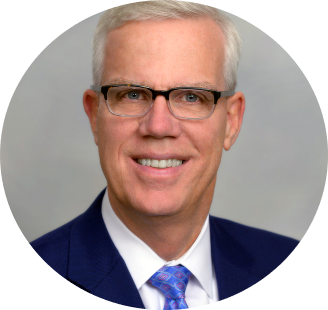 “I know that the CEO’s office can be a lonely place, where it is hard to get honest, constructive feedback. I help leaders ensure that important decisions are not made in a vacuum, and that the impact on the ‘triple bottom line’ of strategic, quality and financial indicators is properly considered.”

Dan Sinnott brings 40 plus years of diverse leadership experience to his role as CEO of Sinnott Executive Consulting. With a values-based leadership style, he has successfully led organizations through significant cultural change, resulting in substantial gains in quality, financial and satisfaction results. Before launching his firm one of Dan’s greatest competencies is to develop and mentor leaders; five colleagues who benefited from his coaching have gone on to become hospital chief executive officers. Dan has proven strategic, financial and operational leadership skills in traditional and matrix organizations within single hospital, academic medical center and multi-hospital systems.

Most recently Dan was the President and CEO of Saint Francis Healthcare in Wilmington, DE.  Prior to starting his own firm, Dan served as executive director/chief executive officer of Temple University Hospital, Philadelphia. He was responsible for the strategic and operational performance for a two-campus 667 bed Tertiary Care facility with $615 million in net revenue and 3500 employees.

Dan holds an MBA in Healthcare Administration from Temple University. He completed his undergraduate studies at Mount St. Mary’s College in Emmitsburg, MD. Dan graduated with honors with a major in social welfare and sociology.

Dan is an accomplished speaker throughout the United States and was an Instructor for eight years at the University Of Pennsylvania Wharton School Of Business where he teaches in the Management Communication Program in the Executive MBA and MBA programs. He also has taught three years at the International Executive Development Center in Bled, Slovenia. Dan has published several articles focused on executive leadership development and recently published three books titled  The Drummer – Eight Powerful Sales Steps to Leadership Success, The Commencement- 8 Challenging Guidelines for Achieving Business & Career Success and The Intersection- Ensuring the Future of Your Business and Career Through Succession Planning.

Why CEO Recruitment Must Change

How To Avoid Leadership Assessment Failure

Is Quality Driving Your Organization?

Leadership Turnover: Healthcare Crisis No One Is Talking About

What the rules of general surgery can teach is about leadership.